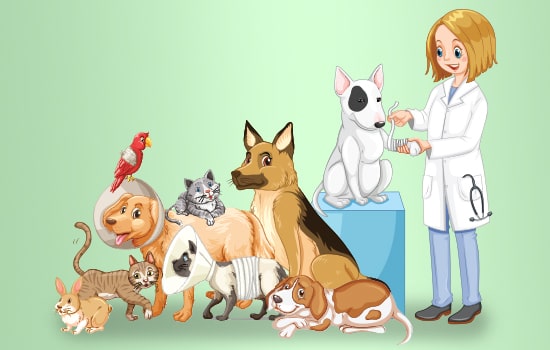 Diseases can spread like wildfire amongst animals, especially between farming ones. The spread of diseases cause not only deaths among these animals but as well reduced fertility or behavioral changes in these animals, which may cause breeding problems.

Apart from deaths and reduced number of the animals themselves, animal diseases incur a number of grave losses, including revenue losses due to decreased production levels and consumer confidence and losses due to mitigation and control costs from immunizations and drugs.

Moreover, animal diseases can threaten humans, as zoonotic transmission is among the common routes of disease transmissions. It’s been found that about 61% of animal diseases are zoonotic. An example of this is the rabies virus, which is transmitted from rabid dogs, cats, and other animals to humans through bites and scratches. Over 50,000 people die each year from rabies infections. Another example of this is the recent outbreak of the MERS-Cov virus in the Middle East and South Korea. The coronavirus responsible for the disease can be transmitted from infected camels to humans and since the first case in 2012, over 500 people have died of MERS-Cov.

The spread of diseases among farm animals can be greatly reduced through improved farming practices and better sanitation in farms, alongside proper immunization and vitamin feeds.

As for zoonotic diseases, production costs of animal vaccines are much less, as compared to those for human vaccine; hence, an inexpensive way to halt or reduce their rapid spread is through the immunization of the animals themselves.

Esco VacciXcell can provide turnkey solutions for the animal vaccine industry, beginning from research and development of vaccine candidates, all the way to the production scale of the end product.