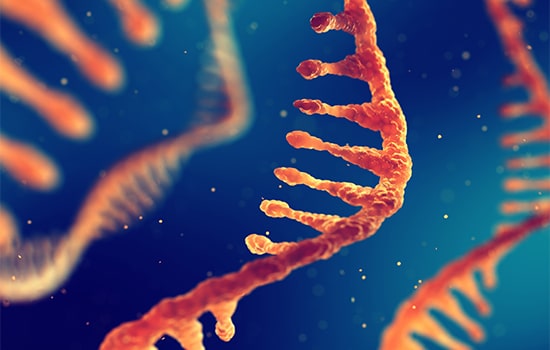 Genetic Vaccine, considered as the next generation vaccine, is made by first extracting a target genetic fragment from a host bacteria, virus or even tumor cell. The DNA (as plasmid) or RNA (as mRNA) will be introduced into a bacterial plasmid. Cell culture process will then start followed by purification and filling to make the final vaccine product.

Genetic vaccines stands on one principle that is if a genetic fragment (DNA/RNA) is inserted into a cell it will be transcribed and then translated to form an antigenic protein which will be treated by the recipient's immune system as foreign to their body. The immune system will then promote an immune response against the pathogen which will, in turn, make the recipient of the vaccine immune to the pathogen itself. The applications of genetic vaccines are vast as it can immunize both animals and humans against viral, bacterial, parasitic, fungal or even cancer cells. Unlike the first-generation vaccines, genetic vaccine offers a lot of benefits. First, it only uses the DNA/RNA from an infectious host and not the host itself thus avoiding the possibility of being infected by the organism. Also, due to the simplicity of the technology genetic vaccine can only be made in a matter of few weeks, unlike the traditional vaccines in which a significant amount of time (30-40 weeks) is needed for manufacturing. Hence, production cost will be significantly reduced. Lastly, since genetic vaccines are not using live or attenuated cells, like the traditional vaccines, the transport and storage are much easier. Thus, it is greatly expected to benefit the developing countries more.